Fall is definitely in the air here.

The first reds are appearing on my favourite nature trail. 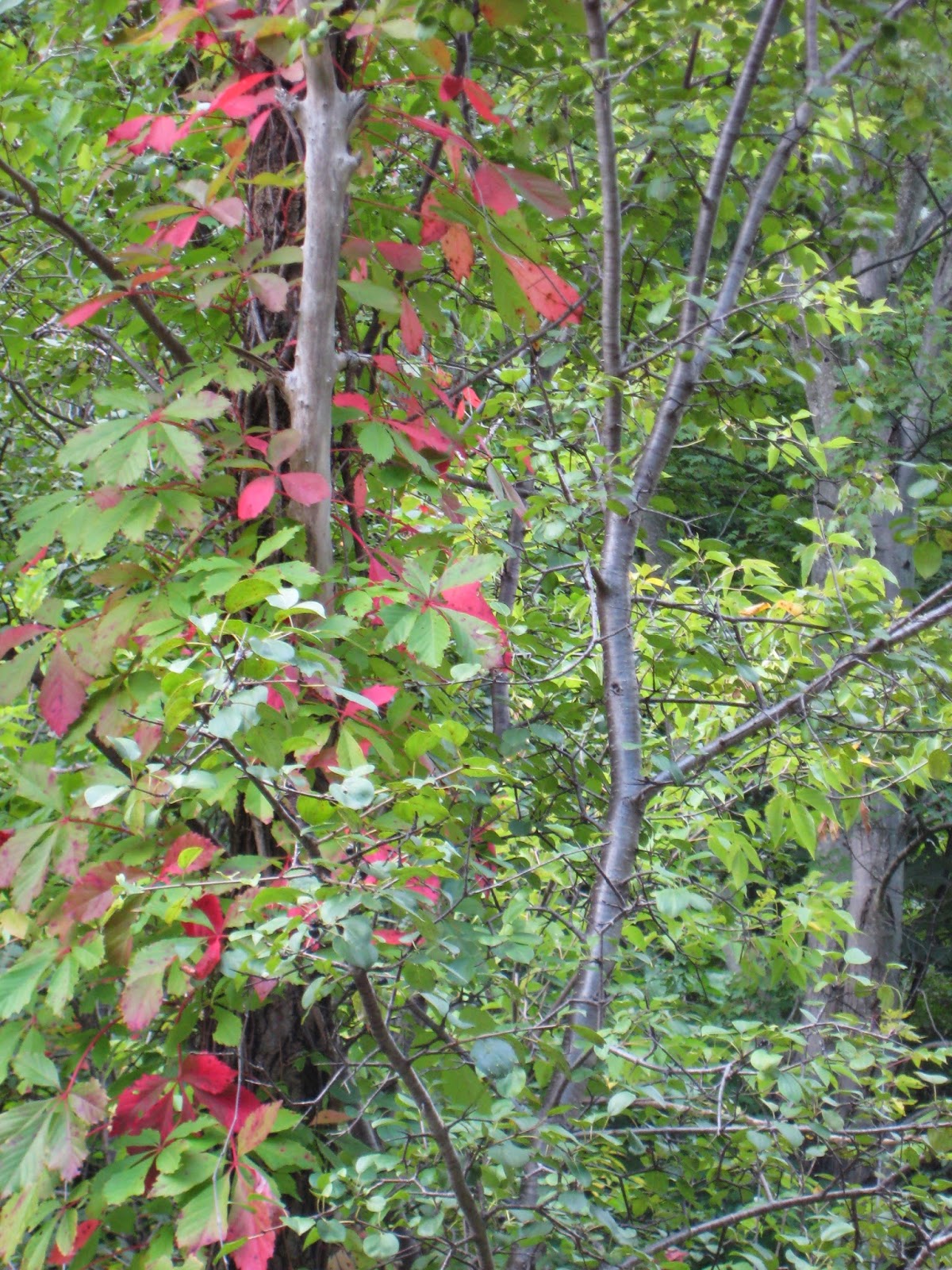 I spent a lovely, restful Saturday afternoon making granola. (Saturday was September 13th and according to an old label that's the exact same day I made granola last year!) I love having my kitchen smell like toasting oats and cinnamon when the air outside is crisp. 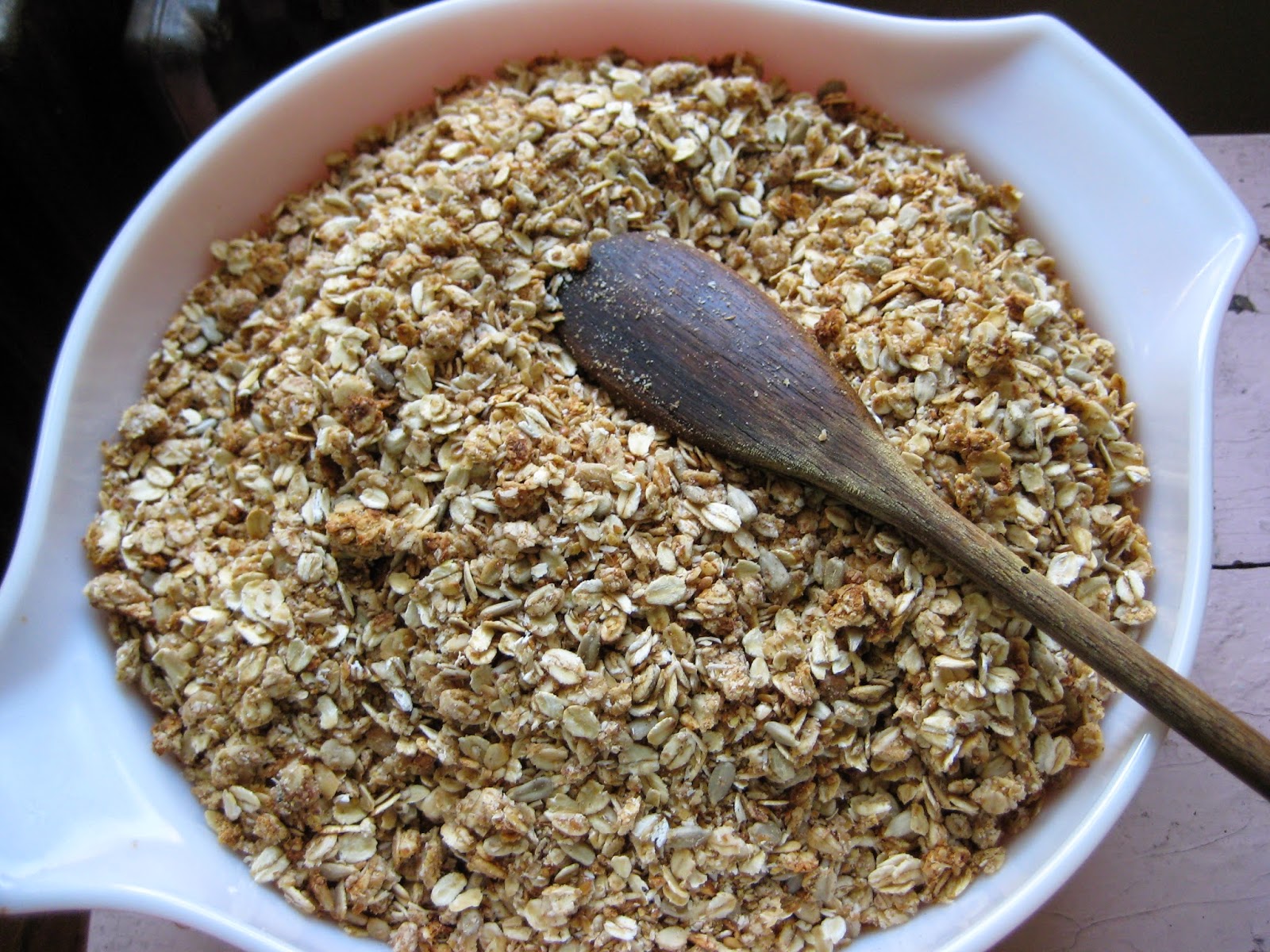 I've been working the early, early shift at work and have been enjoying lots of green smoothie goodness for weekday breakfasts but on the weekend when I had more time I wanted something really substantial. So I put my apron on, found some dancing music (in this case Diana Ross and the Supremes) and put the effort in to make a brunch that I could sit down and enjoy. 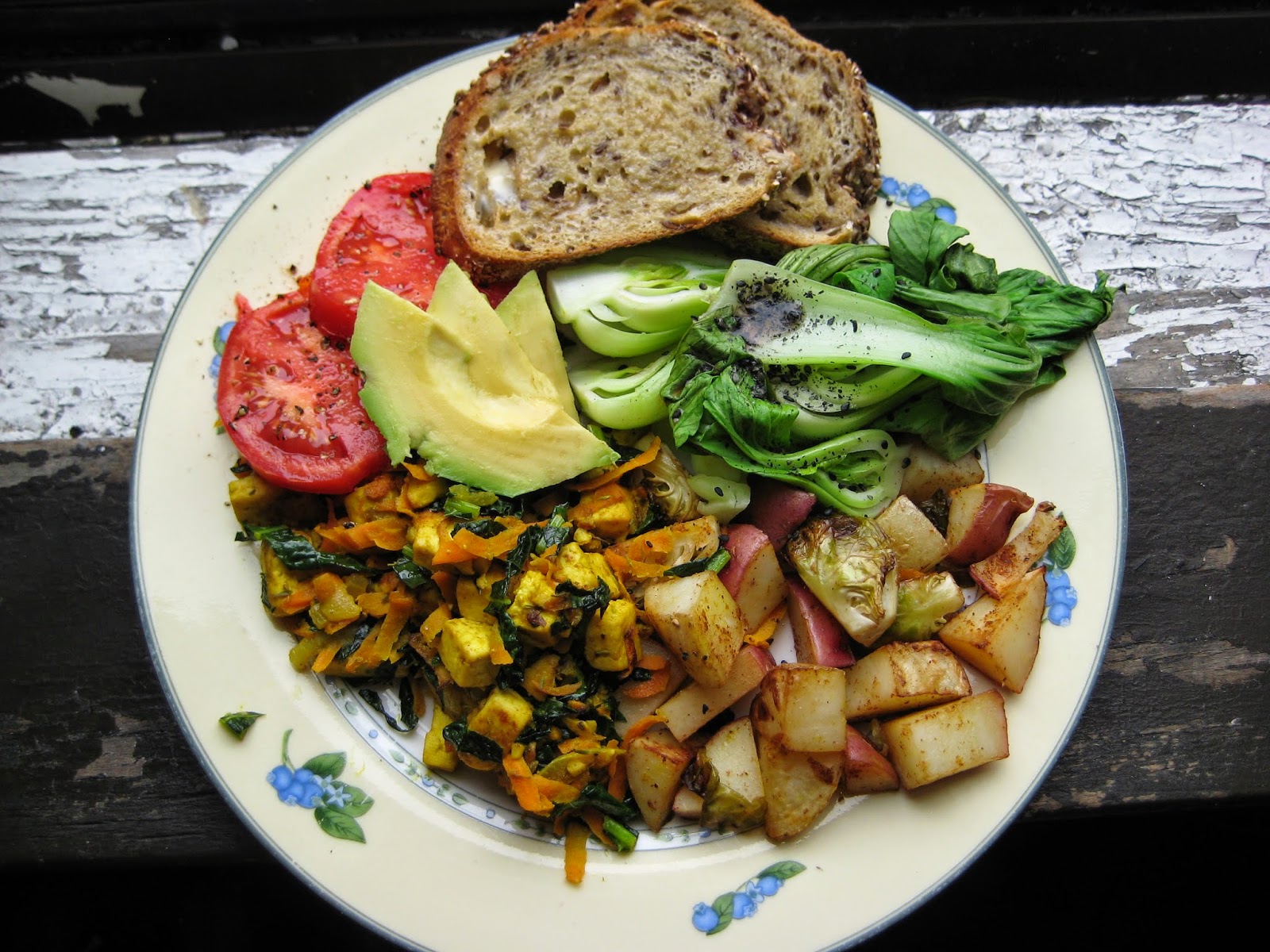 Ever since discovering the recipe for The Best Tofu Scramble Ever during last year's Vegan Month of Food it's exactly what I want at the beginning of fall for a hearty breakfast. 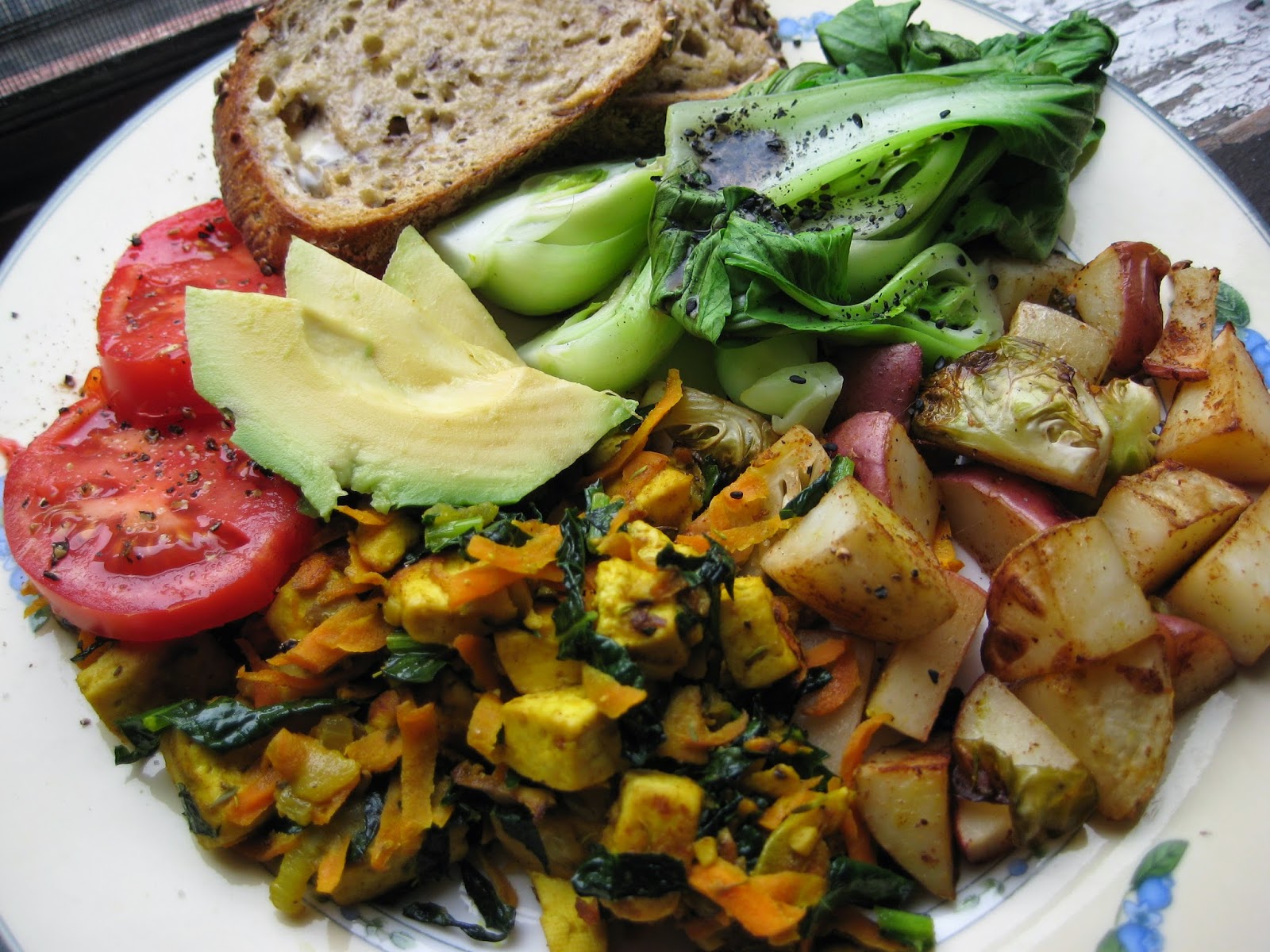 I decided to slice the bok choy in half before steaming it. Look how beautiful and intricate it looks!
I get really excited about greens. 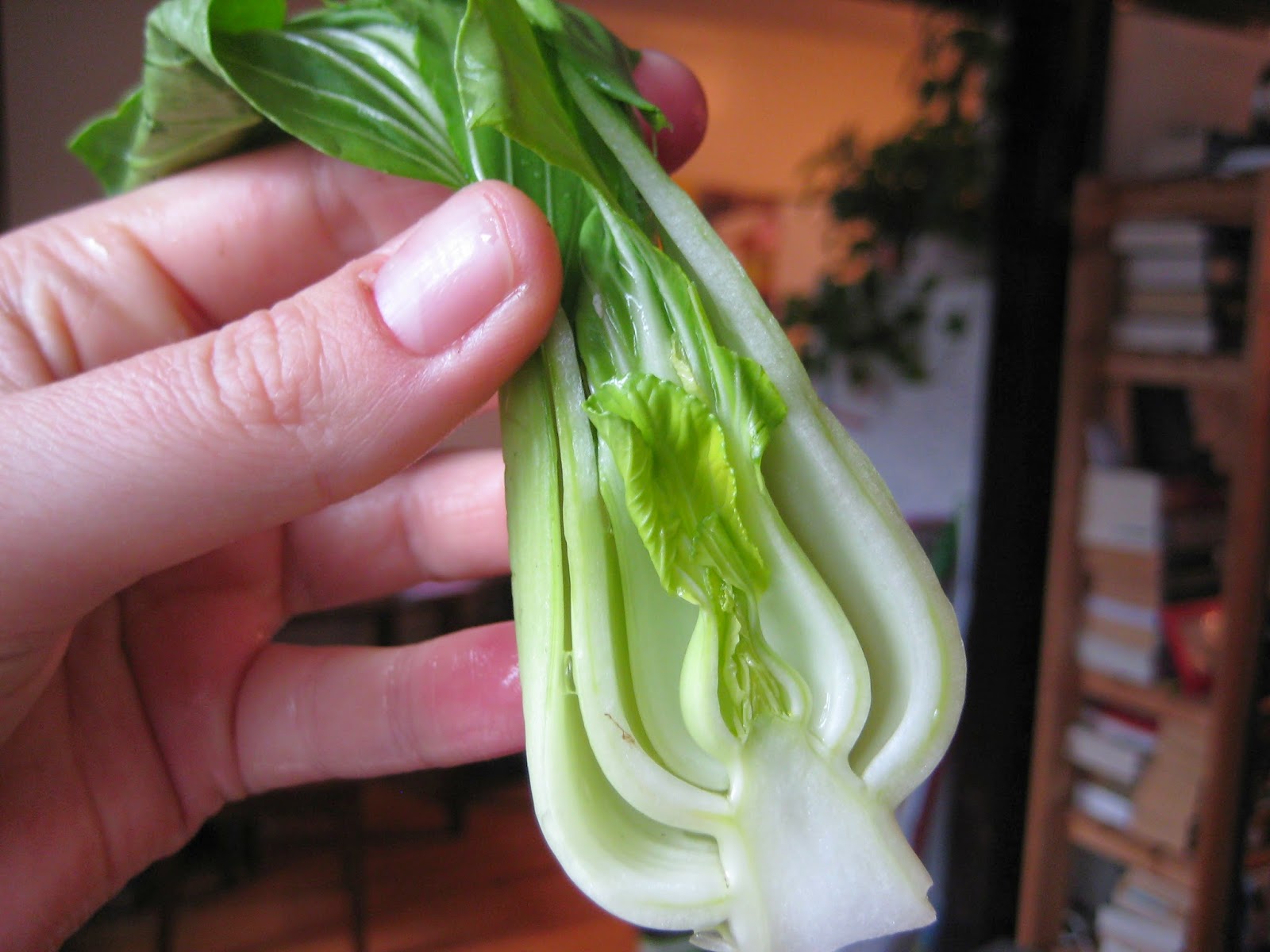 Bonus pic of Jasper coming to check things out. Here's hoping your Tuesday has been full of warmth and wonder,