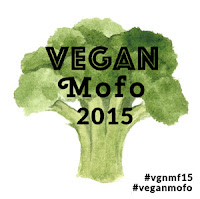 This is a pic heavy post. I had so much fun today with my mom and R at the food festival! 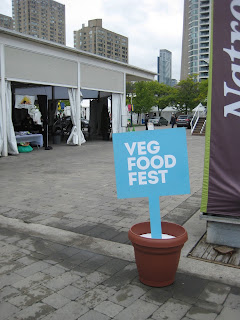 Here we are ready for the day! It was so nice to be down on the Toronto waterfront. 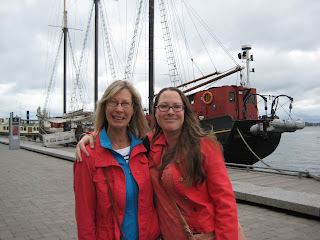 It was an overcast day with a chance of rain but we headed out in good spirits in search of good food. 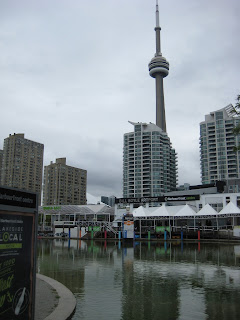 We got there early, before there were lines, which was perfect. Since my mom and I had been there the night before we knew exactly which stands we wanted to head to. 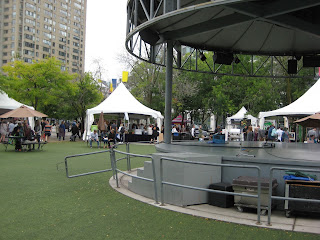 We started with dessert first! This was some sort of apple crumble cinnamon bun from Bunner's Bakery. 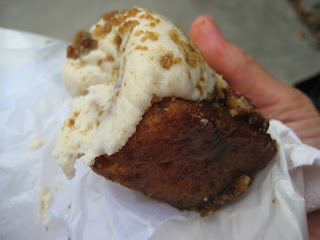 One of the highlights of the festival was definitely this dinner plate by Chic Peas! My mom and I saw it yesterday after we had already eaten. The girls working there were so sweet, they gave us samples and said they would look for us the next day. They even remembered us when we went back today! 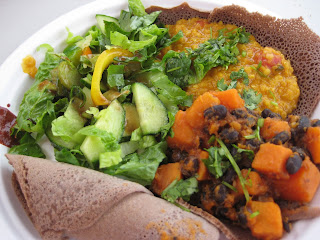 Their food is full of joy and love and delicious plant-based ingredients. The plate included two stews, injera bread and a nice salad. It was amazing. So good I actually ate there twice! 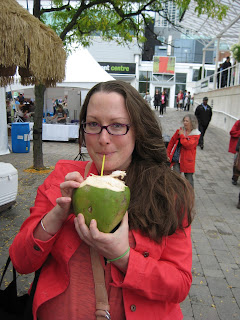 After we split a fresh coconut. So refreshing! The guy selling them even split it open for us afterwards so that we could enjoy the coconut flesh. 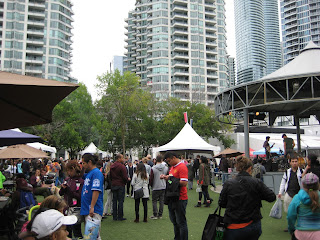 Later in the day, things picked up and got busier. There were even bands playing on the stage! 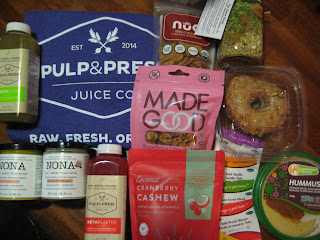 Here's my haul at the end of the day! Two juices and a t-shirt from Pulp&Press, two awesome sauces from NONA foods (the cheesy and carbonara), BBQ crackers by nud fud, Strawberry Granola bites by Made Good, Coconut Cranberry Granola by Small Batch Co., Detox Soup by Soup Girl, a stunning Pistachio Rose donut by Bloomer's, Tulsi tea samples and Artichoke and Dill Hummus by Sunflower Kitchen. 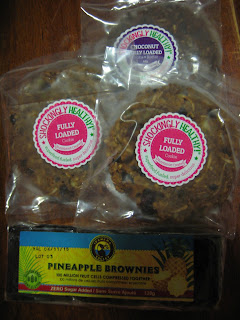 Plus, my absolutely favourite cookie by Shockingly Healthy! I had it at the festival last year but hadn't been able to find it since. I was so happy to see them again!

And a surprisingly tasty Pineapple Brownie by Ipanema Valley. 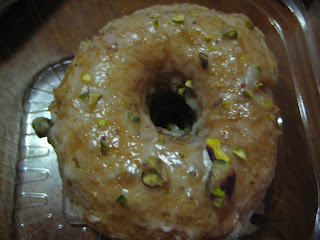 Close up of the donut because it was SO GOOD!

I'm hoping to go back tomorrow for the food demo by Miyoko Schinner and maybe a nice stretchy yoga class.

Hope your weekend is going well!

P.S. The Toronto International Film Festival is also happening in the city right now and we ended up in the middle of  this craziness on the way home! 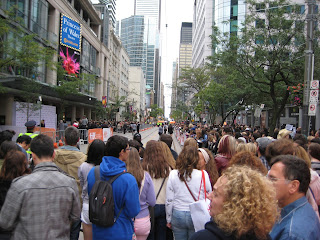